An initial UN investigation alleges that the M23 insurgency executed at least 131 civilians and committed rape and looting in retaliation for clashes with armed groups in two villages in eastern DRC on November 29 and 30.

Kinshasa officials said on Monday that about 300 people had died in the village of Kishishe in North Kivu province. The initial UN investigation, based on evidence made public on Thursday by the United Nations Mission in the Democratic Republic of the Congo (MONUSCO), concerns Kishishe and the neighboring village of Bambo.

Of these 131 civilians (102 men, 17 women and 12 children) were killed “during reprisal operations against civilians”. “Victims were executed arbitrarily by bullets or bladed weapons“, Monusco notes in a press release.”Eight people were injured by bullets and 60 were abducted. At least 22 women and five girls were raped“.

“The violence was part of a campaign of murder, rape, kidnapping and looting against these two villages in Rutsuru territory in response to clashes between M23. and fighters from the FDLR (Democratic Liberation Forces of Rwanda) and other armed groups, the report continued.

The United Nations Joint Human Rights Office (UNJHRO) and MONUSCO conducted the investigation. “Interviewed 52 victims and direct witnesses and various sources” In Ruwindi (20 km from Kishishe), there is a MONUSCO site where survivors have taken shelter.

Investigators could not get to Kishish”(Village) Security restrictions due to control by M23 and high risk of reprisals against victims and witnesses“, MONUSCO underlines.

See also  Marlene Engelhorn, the multi-billionaire who wants to give 90% of her inheritance to the government | the world

On December 1, the Congolese army accused the M23 of killing at least 50 civilians in Kishishe, a claim quickly corrected by the government. M23 denied carrying out the massacre, only acknowledging the death of 8 civilians.Bad bullets“. 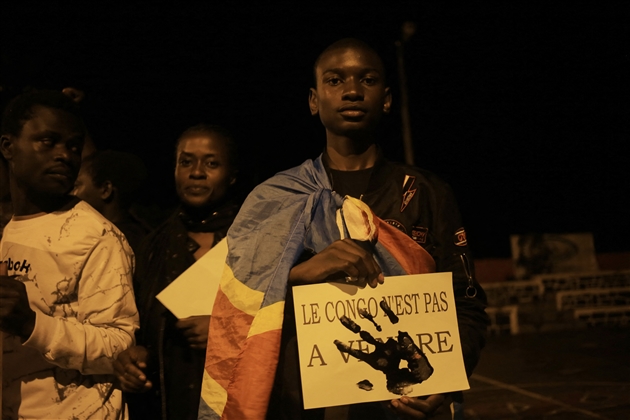 “It is sad to see a respected organization (…) creating a newly fabricated statement”, Lawrence Kanyuga, M23’s political spokesman, responded on Thursday. “We are amazed“, he told AFP, adding that M23 had “several times told Monosko that this might come up” to investigate Kishish.

According to the rebel movement, MONUSCO “The Congolese government decided to make a statement in support of its allegations“, what “Shows his bias“.
Residents who spoke to AFP by phone last weekend said the victims in Kishishe were to be buried in mass graves, as requested by the rebels.

In its press release, Monusco notes that “Elements of the M23 buried the bodies of the victims“.

M23 (“March 23 Movement”) is a former Tutsi insurgency that took up arms late last year and seized large swaths of territory north of Goma, the provincial capital of North Kivu. 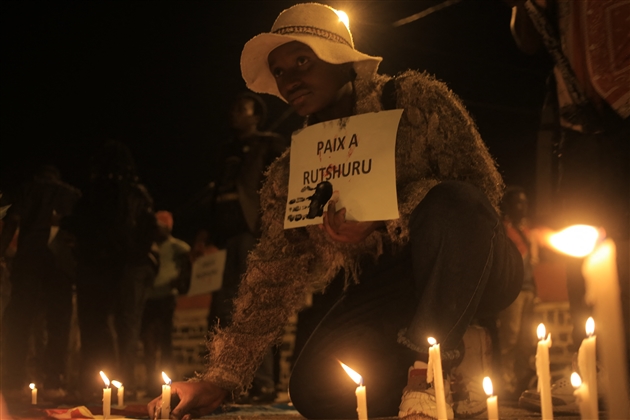 According to Congolese officials, UN experts and US diplomacy, M23 is backed by Rwanda. But Kigali accused Kinshasa of collaborating with the FDLR, a Hutu movement formed by some of the perpetrators of the 1994 genocide of the Tutsi in Rwanda.

Among the diplomatic efforts launched to resolve the eastern DRC crisis, a summit organized in Luanda on November 23 decided on a ceasefire on the evening of the 25th, followed two days later by the withdrawal of the M23 from the captured areas. If not, the East African Regional Force stationed in North Kivu will intervene to drive out the rebels.

France said on Thursday it was “horrified” by the massacres in the DRC.All armed groups must immediately cease hostilities“.”All external support for the M23 must end“, the spokesperson of the Ministry of Foreign Affairs added in a press release.

US Secretary of State Anthony Blinken has urged Rwandan President Paul Kagame to end all support for rebels in the Democratic Republic of Congo, according to a State Department statement on Monday. During a call on Sunday, the US diplomatic chief said “Clarifies that all external support for non-state armed groups in the DRC must end, including Rwandan support for M23.“, State Department spokesman Ned Price said. M23, a former Tutsi rebellion that rearmed in late 2021, benefits from strong support from Rwanda, according to Kinshasa, which Kigali disputes. Antony Blinken “He shared his deep concern about the impact of the fighting on Congolese civilians who have been killed, injured or displaced from their homes“, net price added.

The Council of Ministers of the European Union gave 20 million dollars to the Rwandan army, said journalist Colette Brakeman. Evening. This money will beIntended to support peacekeeping operations in northern Mozambique against Islamist groups“, she notes.

But the announcement is going badly in Congo… Nobel Peace Prize laureate Denis Mukwege spoke out on Twitter on December 2nd. he said to himself.It was scandalous to learn that the European Commission is disbursing 20 million dollars to the RDF, the army at the base of the occupation of the DRC, the author of a dramatic humanitarian crisis and serious violations of human rights and international humanitarian law.“.